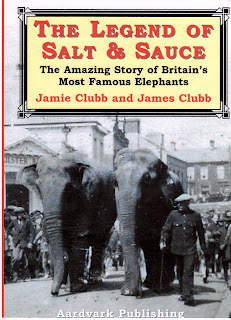 If you are an avid reader with a loose discrimination over what you read you will understand that there is something excitingly decadent about visiting “The Works” discount book store. Don’t get me wrong I love second hand bookshops too, but they seem to have a different level of dignity that rises above the brand new miscellanea of cut-price paperbacks. Recently I browsed in a “The Works” shop and caught a glimpse of a series of books I hadn’t properly flicked through for years: The “World’s Greatest” series for Chancellor Press. These sensationalist factual books are the embodiment of what the great historian Robert Lacey called “Pulp Non-Fiction”.

Each book centres on a sensational subject from paranormal case studies to criminal biographies to the most celebrated stories of physical abnormalities, often bearing the title “The World’s Greatest-“or “The World’s Most-” prefixing the subject matter. Each chapter is a short self-contained account of a particular type of event or a particular person’s biography. There are no endnotes or bibliographies like you would find in most historical books, hell, they don’t even credit the actual book’s author in most of them (although you can find the names through simple internet searches). However, it is the content that says it all. These are the sensational stories that astound us, titillate us, intrigue us and terrify us in the manner of a Victorian penny dreadful, but have one supposed advantage over even the most engaging of literary works: they tell the truth. Or so you would think.

Pulp Non-Fiction is really a tabloid newspaper in book form. It sensationalizes true facts, mixes in rumour and produces light reading material for the mass market. Robert Lacey sees the beginning of the mass market of Pulp Non-Fiction coming from the 1950s publication of books on the mafia. These books mixed documented facts with a prose style that resembled a novel. The books Lacey refers to contained descriptions of what the authors imagined the gangsters had thought or even said, relayed like facts. Such aspects went unchallenged and became “anecdotal evidence” when later True Crime historians cited them for their books and thus certain myths were born. The old maxim “if a myth is repeated often enough it becomes the truth” was never more aptly applied than with Pulp Non-Fiction.

Pulp Non-Fiction, for all its myth-making and sometimes dubious pseudoscientific slant is essentially an account about true events, however, amid anthologies like “The World’s Greatest” series we find that there is the odd account, which is actually a complete fabrication. Take, for example, the story of the notorious Alexander “Sawney” Bean. “The World’s Most Evil Men” gives a single page account of this man monster and his grisly incestuously-bred family of sixteenth century cannibals who terrorized South Ayrshire. The tale has no historical basis whatsoever. In fact, despite it cropping up in many a Pulp Non-Fiction compilation of True Crime, there is virtually no mention of Sawney or his gruesome family before the publication of 18th century periodical “The Newgate Calendar”. The collections of these periodicals read like an early edition of “The World’s Greatest” series and, it could be argued are the Georgian prototype of Pulp Non-Fiction.

As I have discussed, the danger with Pulp Non-Fiction is that a lot of its dubious areas are repeated in future accounts and therefore become accepted as facts. The case of Sawney Bean is a perfect example. On the odd occasion I have even read historians actually referencing the case to show parallels with their subject matter despite the story’s undisputed debunking by Ronald Holmes in his “The Legend of Sawney Bean”. The story lives on and it appears as a self-contained appendix in another type of historical book that takes the style of Pulp Non-Fiction into the realm of complete pseudohistory.

This is the subgenre known as Faction. Truman Capote’s “In Cold Blood” has been considered to be an instigator in this type of popular Non-Fiction, although I see it as coming more under the Pulp Non-Fiction heading, as it essentially deals in primary source facts yet written in the style of a novel. Faction differs from Pulp Non-Fiction in that its core is not true despite being surrounded by historical facts and historical figures. There are two types of Faction: intentional and unintentional.

Intentional factional books knowingly mesh well researched historical facts with clever fiction – this form has its roots in plays and ballads of antiquity. The 12th century clergyman, Geoffrey of Monmouth, is cited as a good example of a Faction writer. One that was so good that his writings, a la Pulp Non-Fiction, were taken by the historian Raphael Holinshed to be the literal truth. There is obvious danger in this, but the intentions of the author – who is essentially an historical novelist – should not be called into question.

Unintentional Faction is an historical book that tries to earnestly prove the validity of a mythical story. The author, in this case, actually believes in what he is writing despite the evidence against his claim. It can be quite contentious as to what we call unintentional Faction, as the authors often hold onto their beliefs with a lot of passion, a passion that is then reinforced by their converted readers. However, passion alone is not enough to get the historical majority to accept your conclusions.

The Myth element, when isolated, is what surrounds a lot of Pulp Non-Fiction, adding to it and distorting the overall picture. The Myth element in Faction, whether intentional or unintentional, runs straight through it and decides the actual plot. As previously mentioned, there are completely mythical characters that have somehow found their way into both Pulp Non-Fiction and Faction. Sawney Bean and Sweeney Todd are good examples of this. Bean cropped up in Pulp Non-Fiction because he is often found in anthologies that contain accounts of real people, but essentially, like Todd, he is more suited for the Faction category. However, because of the lack of actual real events or any form of actual evidence weaved around the various accounts of Bean it would appear that he is far closer to being a pure Myth than actual Faction.

Myths, of course, are believed by many people and that is why they have their own class away from straight fiction unless someone decides to develop the myth into an historical novel (a genre that has a passing resemblance to some Faction). We may talk of the “mythology of super heroes” or fictional adventurers, but I don’t see a tidy historical comparison between a fictional character like Marvel Comics’ Spider-Man and Ancient Greece’s divine hero, Heracles. The reason being that we know who created the former and there are no allusions of his actual existence whereas the latter was a religiously and historically venerated figure.

The urban myth or legend is the modern evolution of what used to be referred to as “Old Wives Tales”. They thrive so long as people want to believe despite the growing army of scientific and historical sceptics producing volumes of well researched and proven material through every conceivable media.

In the world of martial arts, where I spend a lot of time teaching and training, there is a terrible mess of misinformation and misdirection thanks to a combination of propaganda, mysticism, religion, business policy and the “cult of personality” that has built up around the various fighting disciplines. The pseudohistory, such as the myth that all martial arts stemmed from yogic exercises introduced to the Chinese Shaolin temple, is taken as fact and then influences modern development and research. Following the premise “it all comes from Buddhism” or “it all comes from Yoga” it is easy for the modern practitioner to believe that this is at the core of what they are doing rather than the clear objective of developing a “combative craft” (one literal translation of martial art). The trouble with Myths, Faction and Pulp Non-Fiction is that it only takes a relatively intelligent, passionate and influential person to invest in a false idea for it to become a part of volumes of fundamentally erroneous work. In its most extreme cases it can contribute to the creation of dangerous ideologies. The Myth and the ideology will attract followers and very soon we have passionate supporters following and adding to what is essentially a wrong map.

When I embarked on my historical investigation into the lives of two famous circus elephants that became my book, “The Legend of Salt and Sauce”, I was responding to an inaccurate account given in a magazine. Every step of the way my father, an avid circus and zoo historian, and I found variations on the elephants’ story. The whole story had become modern folklore in the way it had been passed by word of mouth around the circus community both during the elephants’ lives and afterwards. Early in my research I went straight to the most well known primary sources on the topic: a book, a radio broadcast and a newspaper article written by George Claude Lockhart, the son of the elephants’ most famous trainer, George William Lockhart. G.C. Lockhart was the first man to wear the “pink” coat and tails that is now so closely associated with his profession. Being a hugely successful public speaking entertainer he also could spin a good yarn, and it was this personality trait that would also inevitably help lead me completely on the wrong track.

G.C. Lockhart’s book and his other works were essentially Pulp Non-Fiction. He embellished the past, removed certain important details, like the fact the elephants had been trained before G.W. Lockhart took ownership of them, and added in new ones, such as the unsupported reports of the elephants’ destructive stampedes around the UK. As our research progressed we found further myths regarding the elephants told by other people and some built on the original myths told by G.C. Lockhart. In the end we endeavoured to objectively research every important apparent “truism” on the Salt and Sauce story. On the plus side the whole experience taught me to be a better historian and a better researcher. It was certainly a contributory factor that pushed me towards the approach of reasoned historical scepticism.

Having said all this, I cannot completely deliver the killing blow to Myths, Faction and Pulp Non-Fiction in terms of research. I would certainly advise that a researcher applies a great deal of discretion when he uses the obvious sensationalist accounts of historical figures and events, but let us not forget that these imaginative and colourful stories are often what draws us into doing research on a subject in the first place. In fact, in an interview with Radio 4, historic author Philappa Gregory, of “The Other Boleyn Girl” fame, remarked how her historical novels are often starting points for future researchers.

On a personal note I would have never read such thoroughly well researched and lengthy books on true crime as Robert Lacey’s “Little Man” or John Dickie’s “Cosa Nostra” if I hadn’t first read about organized crime in a “World’s Greatest” anthology. For that matter I wouldn’t have picked up on that if I wasn’t reading about the adventures of those now forgotten “fowl fiends”, “Budgie Malone and Owl Capone” in a British comic-book when I was ten years old. Such affectionate memories will always ensure that my nose will never be moved to jerk upwards from a discount book store.

If you enjoyed this article please vote for it on Dooyoo

Posted by Philip Astley at 06:40 3 comments: Links to this post